A Muslim intelligence chief says little about prejudice in India 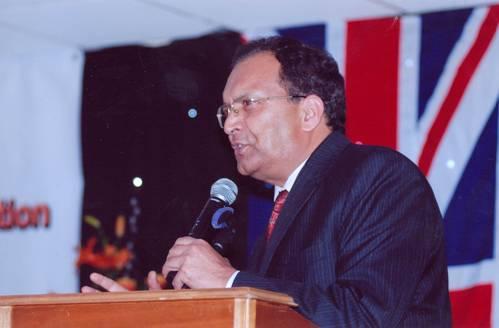 The appointment of a Muslim to the head of India’s internal spook agency, the Intelligence Bureau, has caused a bit of a stir. Syed Asif Ibrahim is the first Muslim to head the Bureau, and given that a lot of its work is directed against Islamists of one stripe or another, there is something symbolic in that. Some have seen this as a shrewd political move by the Congress government, since its main opposition is the Hindu nationalist BJP, which (unsurprisingly) doesn’t get on quite so well with India’s 177 million Muslims (it’s good to have a loyal intelligence man on your side ahead of a general election). But others have seen the appointment as a breakthrough for the Muslim community, which remains under-represented in official positions and fares poorly on almost every development indicator.

I disagree that this marks any kind of significant breaking down of traditional social boundaries. India’s elite no longer faces anything like the prejudice experienced by the country’s poor majority. The equality of castes, religions and genders that was enshrined in India’s constitution has come true for those with enough money to transcend their traditional identities. This has been the case for a long time — look at this example from the 1971 war with Pakistan (from Kapil Komireddi’s excellent article on Pakistan’s nuclear weapons):

None of the men who were leading India’s forces at the time were Hindu. India’s air marshal was a Muslim (Idris Latif); the commander of its ground forces in Bangladesh was a Sikh (JS Aurora); the chief of the armed forces was a Parsi (Sam Manekshaw); and the strategist who planned the capture of Dhaka was Jewish (JFR Jacob).

A similar point can be made about women. India ranked 129th out of 146 countries on the Gender Inequality Index last year. And yet, women are extremely well represented in top positions. The (arguably) most powerful person in the whole country is a woman: Sonia Gandhi, head of the Congress party. The head of the opposition in parliament is female, and women lead some of the most important states: West Bengal, Tamil Nadu and, until recently, Uttar Pradesh.

It is further down the social ladder that discrimination remains a problem. In an almost zero sum world in which hundreds of millions of desperately poor people are competing for minimal resources and scant opportunities, many jealously guard the small social benefits conferred by caste or religion or gender as a way of staying at least marginally ahead of those on the rungs below. These distinctions are often exacerbated by politicians — either intentionally to build a block of guaranteed voters from a certain group, or unintentionally through welfare schemes that are designed to improve the lot of backward groups but which end up hardening those boundaries in the process.

The poor face huge obstacles to advancement primarily as a result of their poor nutrition and education at young ages. Impoverished Muslim communities face even tougher conditions in attempting to break out of their traditionally low status. I haven’t found an extensive bio of the new Intelligence Bureau chief yet — perhaps he worked his way up from the worst of ghettos. I doubt it. In any case, by the time he had made it into the more senior ranks of officialdom, he was already in the rarefied air of the elite – a place where the giddy dreams of India’s founders can actually come true.